A small parrot on the way to become a great comics artist!

Today lets us introduce Maria Skoczyńska, Polish comics artist, to you! What does it means to be comics artist? Which parrot becomes comics artist and what it has something to do with one polish girl? All secrets will be revealed and much more!

Irina Ivanova: When did you become interested in comics?

Maria Skoczyńska: To give an answer to this question, we need a travel machine and go into the past, a long time ago, in a galaxy far far away… on the faraway planet there has been living a little girl with her older sister. Her older sister used to draw a lot, including ta da dam… COMICS. Younger girl liked to parrot back everything what the older did, hence she also started to draw these comics in the middle period of her primary school. She has involved even her best friends and they created a comic group which described school situations or fantasy situations related to school life (the most extreme example was drawing the ‘conveyor belt of tortures’ as a way to express feelings about the most unliked teachers. I would say that these children were a bit diabolical).

Wow, you were already Great commander then! Having own group!

One Commander to rule them all even without the Ring!

It was secret group or everybody could enjoy by recognizing themselves in comics?

I would say that it wasn’t a secret group, but a group of a friends and our works were shared just between us. Once I got into the trouble when I tried to show all my classmates in the comic as an aliens but some of them got offended. Who knows if they were actually an aliens and were too afraid of being denounced?

Ok! Younger girl liked to parrot and to draw these comics! And how does parrot learn to draw comics then? Just copy or via book or teacher explained how to draw?

How she did it… hmm, mostly she observed attentively everything. And talked about it with dad, who has an aesthetic sense. And read a lot of comic books (thank you, Donald the Duck, Garfield and the other friends!). But later, when she grew up a little bit more, she discovered, that she would like to draw more seriously. It was like getting out from the middle ages of unconsciousness into the renaissance: she bought a lot of books with pictures or masterpieces of art, copied some of them, started to spend more and more time in the museums of art (her parents in the background: ‘Maria, for the God’s sake, how can you stand in this one room for ONE WHOLE HOUR, just stand still and stare into these pictures all the time?’) . In this ‘renaissance period she started to focus more on portraits and landscapes than comics and dreaming about studying on the Academy of Fine Arts.By the way: did you know that an average person in the museum spent statistically 8 seconds per one masterpiece of art?

Oh, so you are self-educated? Not art school, art club?

No, it was just a matter of the passion. Sometimes I thought about giving it up, because it was only a hobby and maybe I should do something more important than drawing for myself. I tried to join into the special art course before my exams for Academy of Fine Arts, but after one lesson I escaped very quickly with a scream (like on the Munch's picture)-this ‘artists’ group was too reclusive. And I swear, it drives me mad, sitting in one place for a HOURS drawing/painting a still life composition. After that I would become ‘still composition’, dead as these fruits in the bowl. No, my target was to observe people. To listen them, to gather their stories and to find the artistic way of showing these stories. You guys even don’t know how many great, magnificent, beautiful moments you have inside!

But in spite of that I hate treating drawing/painting as a ‘lesson’ to make a good ‘technique’, I decided to go to the University of Arts in Poznań. Because I promised it to my beloved teacher. And what made me totally baffled-they admitted me into the scenography studies. Me? Totally unprepared? And what about these people who spent their whole high school in special art schools? I felt so honoured in this moment. But also struggled. Should I let myself allow to change my passion into my job? Shall I agree for painting something else than the people around me, life around me? NOPE. My heart led me to the Polish philology. And I betrayed Pictures for Words… sneaky bastard.

You said that group was reclusive?

No, I don’t think so. They were just so self-centred and while talking to them you have this feeling that they’re from the different planet. Planet where the Art is Above Your Life and Death. It was just different point of view than my point of view. But it could be also a reason in me-I wasn’t that open as I am today (I hope), I was silent wallflower, shy person (I am still shy *blushing hard in this moment*) and it was difficult to reach me out. 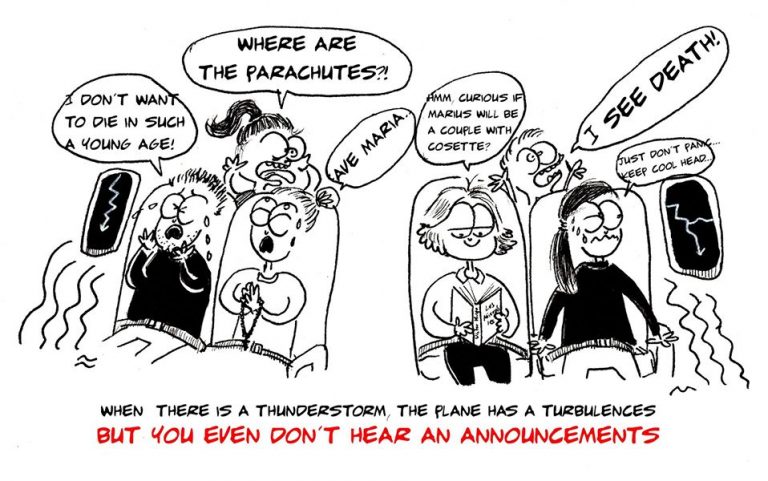 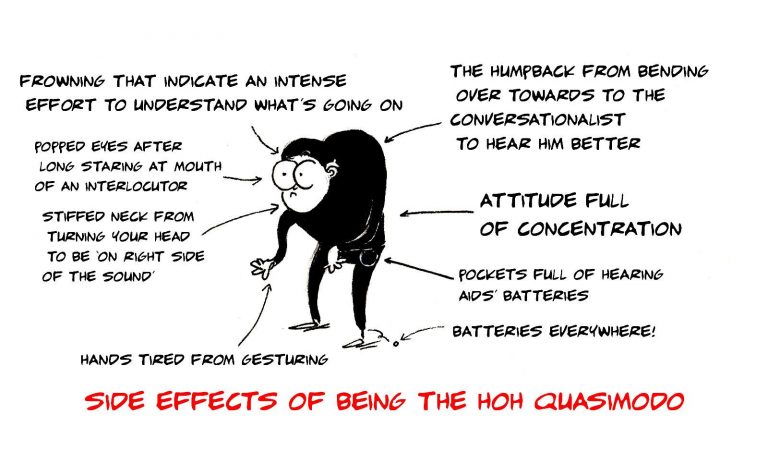 What are my themes… it developed into the catching the moments from daily life. Funny situations, important situations, great memories with beloved people. Portraits, places where I was, stories which I’ve heard. But still inside was my question, how to make people interested in what I want to say them? Frankly speaking, I wanted to avoid the topic of being HoH. OK, everyone knew that I am HoH, so what? After the High School Musical, sorry, Drama, I didn’t want to share with the rest of the world this news, ‘Hey, I’m hard of hearing, almost deaf!’. But in one moment on the studies I’ve realized something. If I don’t tell anyone about my being HoH, then how people can know how to behave? If I don’t start now, then someone else in future will have harder start here. Maybe if I do something right now, then the next one will have easier on his life path. Ok, then I started to tell them. But next question: how to explain some things without this ‘oh-poor-you’ effect? ‘Hmm, I need more time to figure it out’, I thought. I’ve started to work as an illustrator for the publishing company for one and half year ago. In the meantime I put some pictures-with-stories-behind-them on Instagram. And THEN /drum roll/ appeared also the Science Circle of Language Lovers ‘Papillon’ at our university, where everyone of us are HoH. We would like to raise our social awareness. And again, THEN ta dam! I’m not alone in being HoH! We have similar situations as hearing impaired people! So, we decided after brainstorming, let’s use my manual skills and draw what happened to us in the comic. And what left me stunned: IT WORKS! Studying, or existing in general is sometimes a bit more difficult. But via comics our colleagues became more aware how hearing loss can impact on us. They laugh and at the same time they get know something more. I think that thanks to this comic attitude ‘tongue-in-cheek’ it’s easier to find the communication between HoH and hearing worlds; to make both of these worlds more open for asking and changing minds.

So, HOH persion in your comics is just part of life. As being brunette, blonde, high height, low height...

Exactly! It was my main target. To show that being HoH isn’t a stigma, a ‘taboo’ theme, but just normal life for us. One hundred ago having a glasses was something weird. But now? Now having a glasses it's quite normal. So, let's make the same with hearing aids/cochlear implants. We don’t have green skin (except for situation of being sick!), tentacles , four legs and six arms. Above all hearing loss we’re HUMANS (ok, maybe sometimes we’re animals, especially on parties, but in general humans, I suppose)

Right! We are all human. It just happend that we have four ears, as people with glasses have four eyes

Which instruments helps you to draw comics?

That’s a secret of very dark magic! I need a brain of my enemy, a blood of the newborn babies, the paw of the cat, the fur of the grizzly bear and the bone of the person from 19th century… OK, ok, seriously: I use the sketchbook, pencils and fineliners (Micron, if you’re interested). And a LOT OF rubber (for REALLY big mistakes!). Then I scan it by scanner, upload into the computer, set up some things like contrast, lightness, tones in the programmes like GIMP. Sometimes add the subtitles. And that’s all, folks! /Merrie Melodies in the background/

What can you advise to hoh people if somebody of them wish to draw comics at all? And including social themes?

Thoughtfully like Master Yoda prepares for giving the advices to the young pupils... are you ready for some old, wise words which can change your life forever…and help you in reaching out the deepest bottom of your soul…. MWAHAHA just joking/ What can I advise? Do I have the rights to be ‘agony aunt’ form the ‘advise column’? Maybe I call here someone more clever than I am, the woman who I’ve chosen to be my ‘grandma’. Grandma told me ‘change your weakness into your strength, your shield’. The most beautiful in art is that you can put into the picture all what is so dearly for you: your life, love, lightness, darkness, fear, pain, happiness. If you feel uncertain, why don’t try to make it funny and then realize that it’s not as scary as you felt before? The first step is your. One paper card, one fineliner, and your two (or four, if you wear glasses) eyes. Later you can try with the digital programmes-it’s up to you. If you want involve social theme into them, then start to LISTEN (especially as HoH, haha) what is going on around you and TALK to the people. Maybe drawing a comics about social themes demands a bit being like a ‘comic journalist’? In the end let’s try to draw what you saw or heard and see what happened then. Or create something on your own. The world of art is infinite :))

One serious advice. Don’t put in the comics (unless you’re drawing a graphic novel!) too much text like I’ve put in these interview if you don’t want to bore the people to death /Her Majesty has spoken to this part of the world which survived this interview!/ 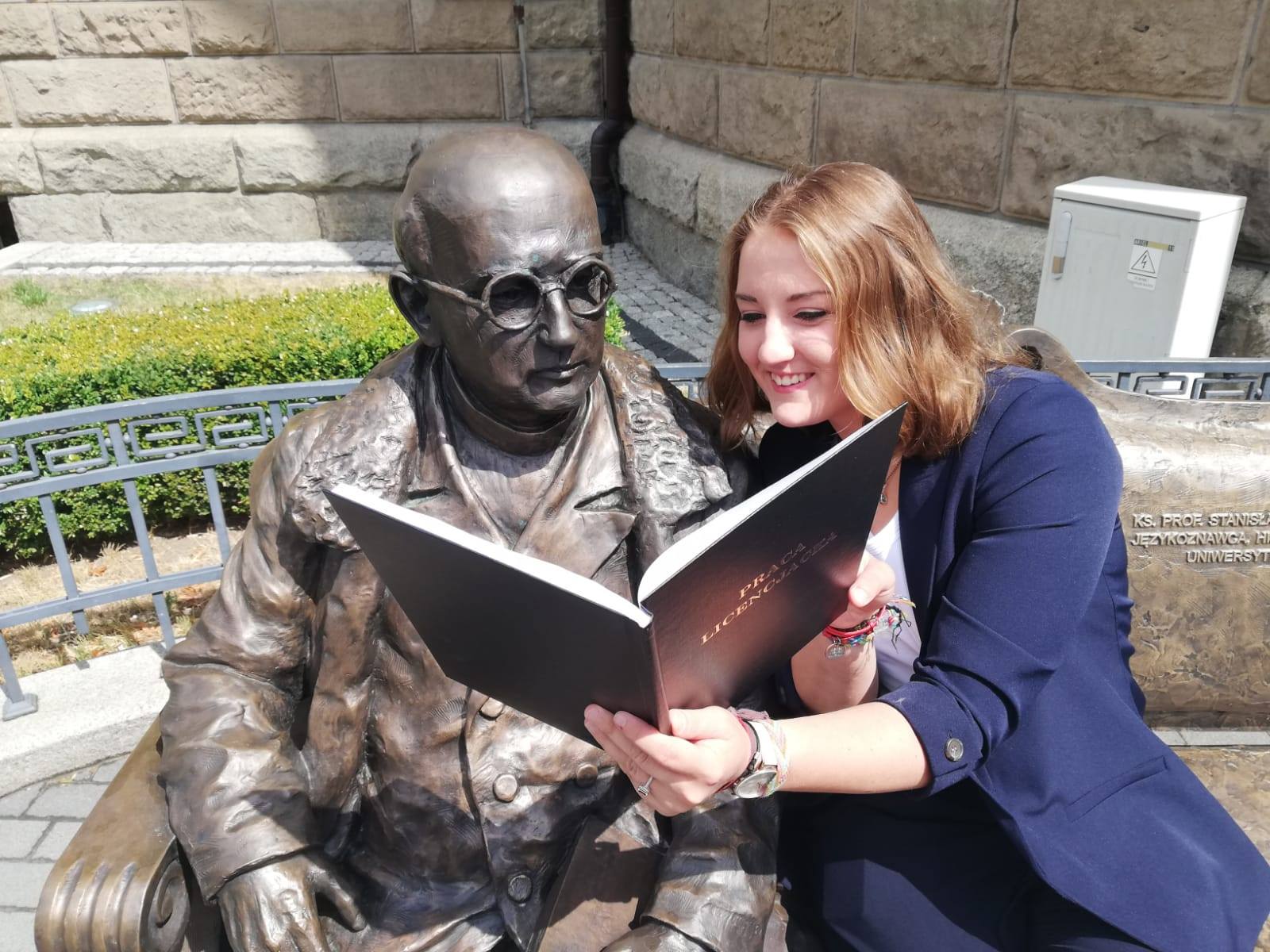