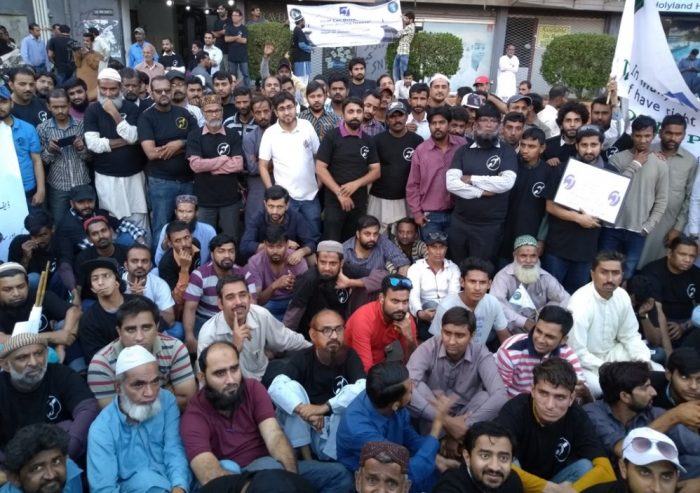 Right to drive - leave none behind!

Today we are meeting with Akram Muhammad from Pakistan, the country where hearing impaired people were not legally allowed to drive until 2019. We will talk with Akram about his role in having this rule changed. Akram, please tell us a bit about yourself first.

My name is Akram, I am from Karachi, the capital of Pakistan. I lost my hearing in my teens, and became profoundly deaf. I have been voluntarily supporting disability movement since 2000. I have been a member of IFHOHYP since 2007, that’s where I got to know about hard of hearing movement (International Federation of Hard of Hearing Young People... and IFHOH, also ALDA). One of my biggest achievements is creating a network of HOH in Asia Pacific, and founding Asia-Pacific Federation of the Hard of Hearing and Deafened... in 10 countries with the help of APCD just in 5 years, after attending IFHOHYP study session in 2007.

Can you now tell us how did you decide to advocate for deaf drivers in Pakistan? Was it something that was brought up in the organization you founded, or did it cross your mind somewhere else?

In 2000, I was supporting an association of the deaf, that’s whereI found out that deaf people are not allowed to drive. Then I suggested that we need to work on it properly, not just complaining to everyone as only related department can help. So we started doing it and made a case file. WFD has a list of countries where deaf people can drive and other documents which I also utilized. Around 2003 I started working on it by making a case file for our association, and arranging seminars on this topic with them.

Did you work on this yourself or did your local organization support you on this as well? What do deaf/HoH people in Pakistan think about driving, generally?

I joined IFHOHYP in 2007, before that I was supporting deaf only. There were many stages and organizations and groups, including Danishkadah, working on this issue, my honor is that I supported all of them in one or another way, from 2000 till 2019. I did so until 2009, then there was a break and I no longer was with this deaf association. Then in 2017 a group approached me to restart movement and I agreed to support this group led by a deaf person (Mr. Mansoor Abdul Majeed.) They utilized social media (whatsapp and facebook groups) to share information (namely, Media Deaf & Interpreter and Media Deaf Karachi (MDK). I advised them to get a copy of the old file that we made for our association, so we could update it, but I felt disappointed when I heard that the association was not willing to share a copy. We had to start it all over and made a new file, at that time I titled it SDG Goal 10 “Reduce Inequality” and the heart of SDG “Leave none behind” (the file attached), we gathered deaf community on an independent platform and worked during 2017-2019. We arranged awareness rally, road protest, held panels with all stakeholders, met with police officials, home department, Chief Minister staff, Department of Empowerment etc.

So hearing impaired people are now legally allowed to drive in Pakistan?

By the way, next week 3 women will be appearing for driving test first time in the history of Pakistan, we will have a meeting today and I will help them with theory test questions. So three women will take the test first and deaf men will follow then. (Note: at the time of publication, the test is currently postponed)

How will they be tested? Do people learn how to drive it from friends or relatives? They probably could not go to a driving school?

Deaf and Hard of Hearing know how to drive, but theory test is a challenge for those deaf whose first language is SL, as they rely solely on SL, this is why we are meeting today and help them by interpreting test questions in SL. School is not a must, we usually learn from friends or relatives. But schools exist. Driving test has 3 parts, 1 - behind-the-wheel test, 2 - theory test, 3 - road signs test. Now it is a computer based test, it was on paper before. So deaf people need to understand a question through interpreting and then they can answer it. This is going to happen for the first time so we will see how to handle this. There will be one interpreter, and the instructor will be trained how to work with deaf and hard of hearing. Out of the first 3 women who are expecting to take the test one is hard of hearing and the other 2 are deaf.

How did your group advocate for this movement and how did it go all the way up to become a law?

As you see it is a long movement, my personal understanding is that during this time (2017-2019) there were 4 major turning points. Deaf community joint hands, we became public and our voice reached out to Chief Minister Mr. Syed Murad Ali Shah not by media but directly with our case file “Reduce Inequality – leave none behind”. A deaf person, Mr. Irfan Shariff, invented/developed an assistive technology device, a light that blinks when there is honk or siren sound behind the vehicle, this helping reducing the opposition. Sindh (a province of Pakistan) Government had passed a bill on disability empowerment and is now implementing CRPD. They founded a department named “Department of Empowerment of Persons with Disability” - DEPD as a focal point on disability related issues. So the government is much more positive and aware of disability issues. And in my opinion the biggest difference is the head of DEPD Mr. Qasim Naveed Qamar. I give big credit to him as he had done all the run around for bringing up the issue at a high government level. He dealt with different departments involved, such as road and transport, Traffic police, home department. He has trust form higher authority of the ruling party, and Chief Minister. We attended a meeting with him and related departments, and witnessed his sincere efforts. He won us this right in just 10-12 months. This young man has amazing energy and he is very open, we can reach out to him directly at any time, he is very quick in responding, he is always available on whatsapp. I have been working on disability issues for almost 2 decades but I have never seen such a person in a government office. So I praise him as a HERO of our movement and deaf community loves him for all of his support. 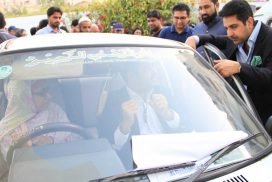 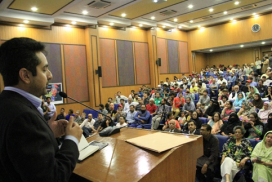