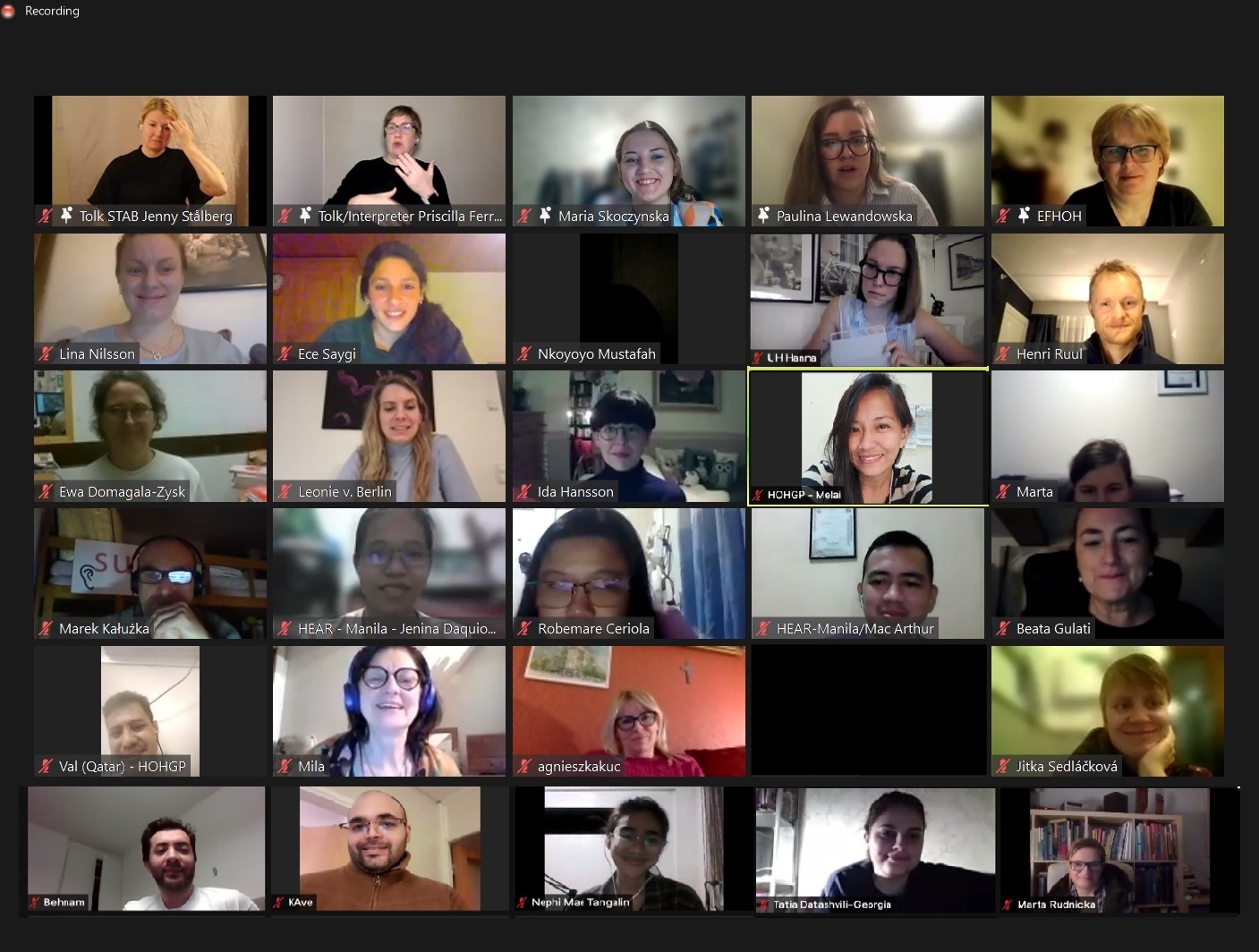 The results of Gone2Hear part 1 that was held online on January 18th was a far cry from what Swedish organization, Unga Hörselskadade, expected. There were around 60 participants from almost the entire world: starting from South America and Africa, through Europe, ending up in Asia!

Paulina and Maria presented results of their research on hearing support from Swedish universities, then hard of hearing panellists: Leonie von Berlin (Germany/Sweden), Ece Saygi (Turkey/Switzerland), Lina Nilsson (Sweden), Ida Hansson (Sweden) and Henri Ruul (Estonia/Norway) shared their experiences on how to survive studies/work abroad and were flooded by questions from participants. We were so impressed by their bravery and also felt encouraged to take risks and go for our dreams, even with hearing loss.

Because, as the moderator, president of EFHOH, Lidia Best said: ‘What do you know when you don’t know?’. What do we know if we don’t simply try?
Thank you so much for listening and commenting!We also would love to see you all again next Tuesday, from 5 to 7 pm CET on the second part of the webinar, this time focused on the perspective of university and organisation representatives. So save the dates and let’s have a great time together once again!

Fun fact: did you know that Gone2Hear project originally was established during our Study Session in Strasbourg, 2019, by the brave young Swedish-German-Polish group? 😀 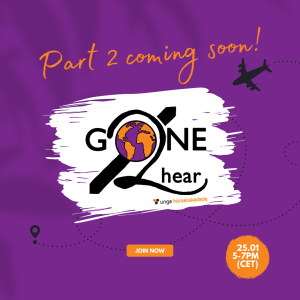