For HoH Booklovers Only! 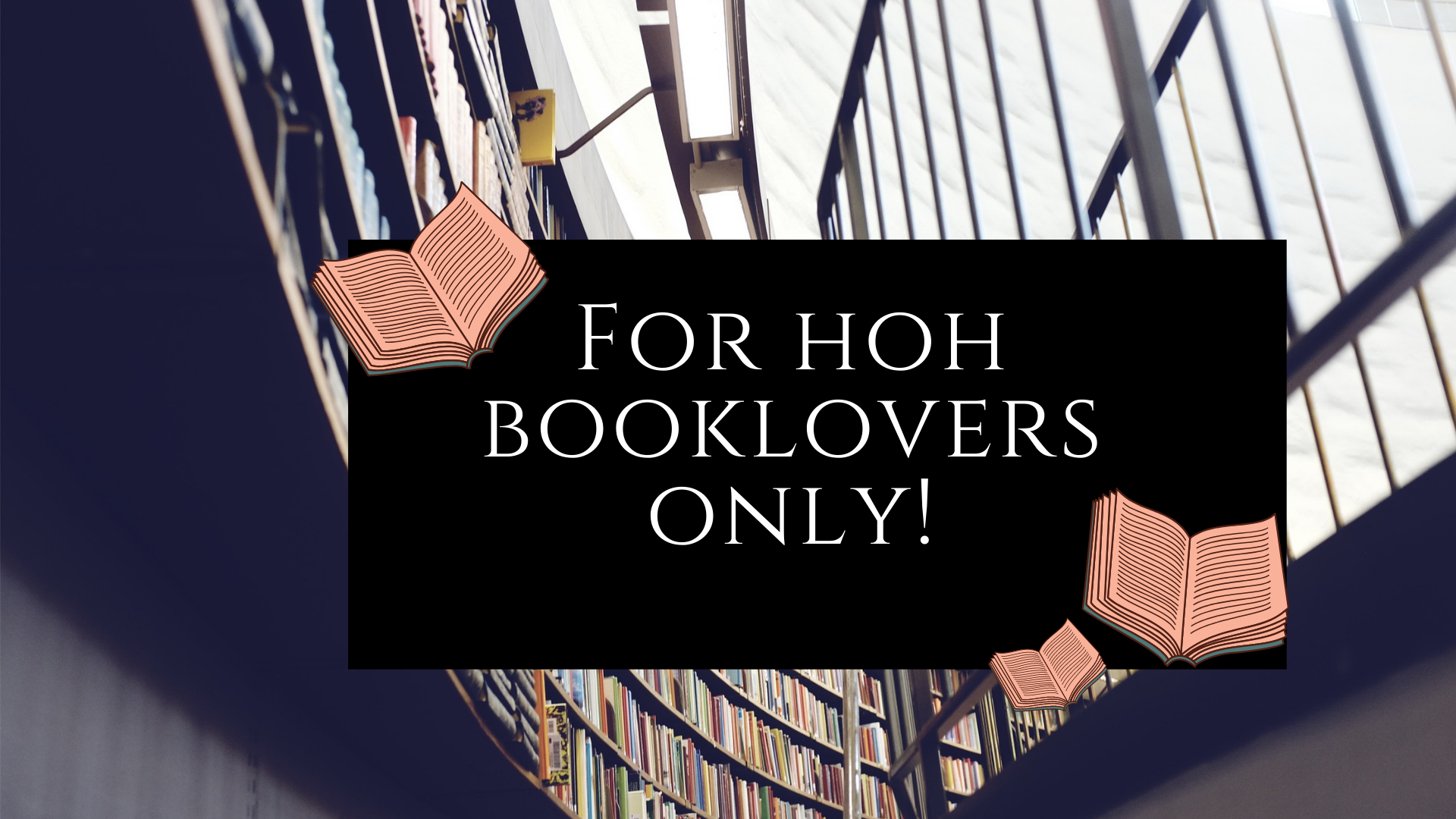 This article is for HoH Booklovers only! If you are not a fan of the books, better skip this... or read and get inspired!

Are you looking for the tracks of HoH/Deaf people in literature? If so, here you go: we have for you three book reviews on this topic! Have you read any of those?

A guy named Ridge, plays songs on a guitar, day by day. He sits during this time on a balcony that can be seen from a window of an apartment next to him. He plays these melodies with such passion that you start to be driven away by sound, to invent your own words to their rhytm. He also seems to be completely preoccupied by music, he tries to be as close to it as possible. You can see it from this atypical position of his guitar - he holds it higher, putting his head so close, as if he wants the vibrations from the soundbox to seize his entire body.

A girl named Sydney, observes day by day how this guy plays his guitar. She actually waits when he appears on a balcony, creating lyrics in her head that could fit the music she hears. She has a pretty voice and likes to sing in the shower. She also has a friend to who she serves a solid knockout in the very first sentence of a book. All this began because of one SMS from a guy on a balcony, when once he stopped playing. Oh, and she is mad at him as well, because he somehow didn’t tell her that he is deaf.

It could be considered as a typical romance book (fans of belles lettres should check our next book review) that you can read quickly and with pleasure, just to relax under a blanket with a cup of the tea, when dusk falls in. However, what is of positive value to this book (and doesn’t let us allow to put it 100% into the romance’s scheme - only 95%) is that it picks up the topic of sensing music by a deaf person and creating a relationship through songs between people who use totally different methods of communication.

Maybe someday one of you will also read this book and let us know of your impressions afterwards and how much the descriptions of feeling music overlap with your own experiences?

Fans of belles lettres – here we have absolute classic example of American literature of the 20th century. Knowing that this kind of literature tends to be melancholic or nostalgic, when in combination with grey hour in autumn might not be the best choice. We suggest a huge dose of vitamin D in capsules and long exposition to lamps or setting up a meeting with your friends straight after reading this book. We don’t take a responsibility for your possible existential crisis while diving into this literature!

Why it is, that what is beautiful, is often also sad?

Check out an inspiration for the book’s title:

Deep in the heart of Summer, sweet is life to me still,
But my heart is a lonely hunter that hunts on a lonely hill.

Books shouldn’t be judged by their covers, but does anyone forbid judging them after reading its title? Allow ourselves for a little interpretation. Wouldn’t you agree this quote serve as an expression of deep loneliness of someone who is enjoying his life in its best shape, but at the same time he feels he doesn’t belong to this life, standing aside? Further, implying that his heart is looking for someone who could understand him even if he isn’t walking on regular paths?

A drunk visionary. An amateur philosopher, by trade an owner of the cafe. A doctor aiming for something unclear. A little black girl dreaming about being a composer. Individually, each one of them represents a different kind of loneliness - and all of them orbit around deaf-mute John Singer, who can lipread. They come to him with their tales, finding calmness as a result of his silence, not seeing at the same time how the same silence starts to overgrow him. And he wasn’t always like that - he belonged to somewhere once, where he had someone to talk with…

A novel of McCullers (23 years old by the time she wrote this book, but how acute!) is a study of loneliness (which each of main characters - and I assume a lot of us as well - are afraid of), otherness and need for simple kindness or empathy. It makes readers aware of how important it is from time to time to stop talking about themselves and instead start to listen to the others. We might be surprised, discovering how many unspoken words, emotions, memories are in a listener.

P.S. Although it may be difficult to access - there  is a movie adaptation of this book from 1968 with Alan Arkin as John Singer.

Have you ever heard of the name of Keller, Helen Keller? If not, it’s about time you get to know her!

Similar to many of us, she was born into a hearing family. When she was 19 months old, she went through a serious illness (there is no certainty whether it was scarlet fever, brain fever or something else), that caused hearing loss and blindness. She started to live, according to her own words, ‘on the sea in thick fog.’ She could differentiate home dwellers by the vibrations of their steps. She also mastered around 60 signs as a kid, through which she communicated her needs.

The situation was basically hopeless, all what you can do is just to give up. But, Helen’s mother was inspired by notes of Charles Dickens about the successful educational process of other deafblind woman and decided to try and give her daughter a chance for a better life (ah, these mothers; what would we do without their sacrifices?).

Personally for me, the most impressive moment of this book was the part when Helen describes how she understood words: Anne Sullivan’s fingers, drawing something on the palm of Helen’s hand, while second hand was put under cold liquid, meant a sign for the water. ‘I stood still, my whole attention fixed upon the motions of her fingers. Suddenly I felt a misty consciousness as of something forgotten — a thrill of returning thought; and somehow the mystery of language was revealed to me. I knew then that w-a-t-e-r meant the wonderful cool something that was flowing over my hand. The living word awakened my soul, gave it light, hope, set it free!’.

Oh poor Anne Sullivan, according to her latter relations, Helen followed her everywhere, requiring the explaination and translation of every tiny detail of the things in the world around them.

P.S. Another note for movie fans: a relationship between Helen and Anne Sullivan was adapted in a movie called ‘A Miracle Worker’ (there are two versions of this movie: one from 1962, one from 2000). Helen herself also has something to do with cinematography: there remains a photo from meeting with Charlie Chaplin, where Keller touches and learns Chaplin’s face.